Building regulations and why they matter

Building regulations exist to make sure that all buildings constructed in the UK are designed and built to an acceptable standard and are safe to live or work in. The building regulations are a way of transposing all of the legislation, standards, and health and safety rules which govern building works into a single form, which can be referred to by architects and builders, and enforced by responsible authorities. 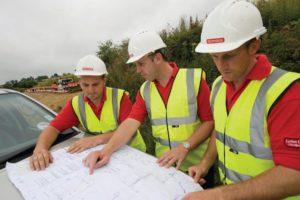 The regulations govern relatively obvious matters – like making sure that the building isn’t going to collapse in the first strong wind – as well as issues which may be less apparent to the average lay-person which aim to make sure that buildings provide a pleasant environment and are conducive to mental, as well as physical, well-being.

Of course, for building and construction companies, in particular, one of the reasons why abiding by the building regulations is so important is the potential financial and legal penalties which can be incurred for non-compliance. It is usually the person carrying out the work, rather than the owner of the building, who is legally responsible for complying with building regulations. Local authorities can, and do, prosecute builders who fail to follow the rules.

When you need approval

As a general rule, any new build, or structural alteration to an existing build, will require building regulations approval. Even some relatively minor works, such as alterations to electrical installations near to a bath or shower, or replacing doors and windows, are governed by the regulations.

Local authorities informally enforce building regulations, the aim being to work with construction companies and property owners to ensure that the rules are complied with, rather than create a confrontational atmosphere. Building control inspectors from the local authority – usually part of the planning department – are often more than happy to view plans or visit building sites to offer advice and to check work at all stages of a build.

In cases where there is any doubt, it is always better to speak to your building control officer early to check your compliance with the regulations, rather than muddling through and having to carry out remedial works, or worse.

Most minor works and small-scale alterations to buildings do not require building regulation approvals. Examples of exempt work include:

– installing new power and lighting points, or changes to existing electrical circuits within the property (except around baths and/or showers).

– like-for-like replacements (but not upgrades) of bathtubs, toilets, basins and sinks.

If a project requires building regulation approval but you don’t want to complete the process yourself, it is possible to hire a competent person to carry out the works – and seek approval – on your behalf.  At Lydon Contracting, we can help you with every aspect of your construction or civil engineering project. Get in touch to find out more.