Implications of HS2 for the Construction Industry

The UK prime minister Boris Johnson recently announced that he was giving the green light to HS2, making headline news across the country. Not only was this such big news due to the enormous nature of the HS2 project – it plans to build a high-speed railway linking London, Birmingham, Manchester and Leeds, with estimated costs of over £106 billion and proposed completion of 2040. However, this was also big news due to the ongoing controversial nature of the project, as it will be a large expense for the country and leave many having to leave their homes. Even Johnson himself admitted that the project will be “controversial and difficult”.  However, when it comes to the construction industry, this project will come with a unique set of implications. 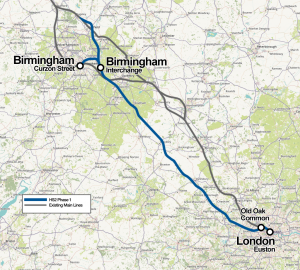 HS2 set to create more jobs in the industry

Due to the expansive nature of this project, not only requiring hundreds of miles of railway but new extensions and complete stations, such as the Old Oak Common Station that will alone cost £1 billion, the HS2 project is set to generate thousands of more jobs within the construction and civil engineering industry. Furthermore, we don’t have to wait to see this impact on the industry, as 7,000 new jobs have already been created in order to begin the initial phases of the project.

While a further 30,000 jobs are set to be created in 2020, and this is set to deliver a large injection of growth into the sector. Experts are saying that companies across the country will be given more jobs and skills, and individual regional economies will be boosted dramatically.

Not only is the HS2 project set to dramatically increase jobs in the industry, but the work generated by the project is also set to have a positive impact on businesses within the construction sector. The large quantity of work involved in the project will provide an opportunity for the contracted companies to expand, but this is also expected to have a knock-on effect on other construction companies that are not contracted to work on the HS2. However, all of these benefits are counting on the expectations of the project being met on all sides, and there could be some spanners thrown into the works along the way. For instance, HS2 hit the headlines again recently as Boris Johnson said he would manage to cut the costs of the project by £34 billion.

It is not too often that a construction project comes along that will have such a transformative effect on the entire sector than that of the HS2. Since the project’s go-ahead, the introduction of 7,000 jobs already shows how much potential this project holds for the industry, and an added 30,000 jobs within the next year would be a game-changer. However, there are still a variety of doubts surrounding the project, and for many, this is still a case of “I’ll believe it when I see it”.