Lessons We Can Learn from Green Infrastructure Design

With a climate crisis on the horizon (although it can be argued we’re already feeling its effects with weather records being broken year on year, and not in a good way!), it’s important that we do everything we can to take steps towards a more sustainable world. Major improvements can be made in regards to infrastructure and construction. Read on to find out some lessons that we’ve learned from modern infrastructure design, and a few features that you need to integrate into buildings of the future. 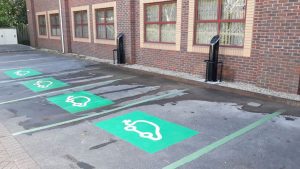 Approximately 46.5% of the National Grid is renewable energy, so why not take advantage of it in your next project too? Not only does integrating renewable power into your project increase its sustainability, but it could play a significant role in saving you or your client money in the long term too. The person moving into your building is likely to have a much lower energy requirement from the National Grid, as they are able to supplement this with their own wind or solar production. This saves money and reduces our overall reliance on fossil fuels, which is a huge bonus for the environment.

A significant worry in a lot of urban designs is the failure to include nature and greenery in buildings and sections of infrastructure. However, strategies such as placing greenery on top of bus stops and including grassy verges when possible can be key to a more sustainable building. Whether this is to help insulate the roof or encourage better pollination in the area, it’s possible to use greenery and foliage in our cities. It’s the role of architects and city planners to integrate these features in a way that works.

If you have a civil engineering project you need assistance with, contact the Lydon Contracting Ltd team today to see how we can help you to achieve a successful outcome.