What exactly do Civil Engineers do?

According to a survey carried out by the Institution of Civil Engineers (ICE), more than half of adults (55 percent) admit they do not have a firm understanding of what civil engineers do. 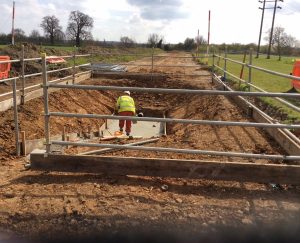 So, with that very firmly in mind, let’s break down the role of the civil engineer, take a look at the projects that they tend to be involved with, and highlight some interesting facts that you (probably) weren’t aware of.

An Overview of Civil Engineering

The primary role of the civil engineer is to design – or assist in the designing of – numerous building or infrastructure development projects. Such projects could include, but are by no means limited to, the creation of airports, tunnels, bridges, dams, power stations, large-scale irrigation systems, sewage networks and motorways.

The civil engineer’s job role is routinely varied and multifaceted. They will often be involved in a project during the conception stage, will then oversee the ongoing project build, and may also be involved in ongoing design work, research and even elements of teaching. This will, however, be determined by the project itself, the budget, as well as the training the engineer has carried out.

It is also worth noting that civil engineers often specialise in certain specific areas such as structural, environmental, transportation or vital public infrastructure. Travel – often abroad – is routinely necessary in the role because civil engineers work on a project by project schedule.

What is the difference between a Consulting and Contracting Engineer?

Who tends to employ Civil Engineers?

This will largely depend on the project that is to be undertaken and the specialism of the engineer themselves. However, speaking generally, civil engineers will be hired by construction companies, organisations involved in the utilities, local councils or departments that are part of the government.

1. Civil engineers were central to the creation of the waterslide.

Waterslides are now ubiquitous at theme parks and waterparks around the world, but did you know that without the involvement of civil engineers, they would likely not exist? An Italian civil engineer by the name of Agostino Ramelli is responsible for inventing the sliding vane water pump technology, and without his creation, our theme parks would be far less exciting!

While there are many records of complicated building works that predate the Egyptians, the first time specially trained engineers were officially referenced as ‘specialist’ employees was during the building of the pyramids in Giza.

3. The first person to use the term civil engineer did so in 1759

The very first person to brand themselves a civil engineer was John Smeaton who, in 1759, designed and oversaw the construction of Eddystone Lighthouse in Cornwall. This was the world’s very first ‘open ocean’ lighthouse, and a lighthouse still stands on the site today.